New in OpenShift! Beware the wrong versions and documentation!

Here is how to avoid some traps when starting with OpenShift, or "OpenShift for Kubernetes users". 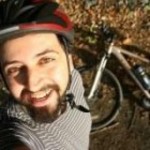 Some background and how we came here

After some stage, OpenShift decided to switch to Kubernetes, this is when they start calling it OpenShift v3.

When the switch to Kubernetes happened, they had to bump the major version of the product, and start using 3 as major version, therefore we have OpenShift v3. But while doing the transition, they decided to keep the major number in sync with Kubernetes for the open source version(Origin).

This created diversion between major versions and here is a mapping between OpenSource and Enterprise versions:

Recently they decided to re-brand the “Enterprise” version as “Container Platform”, so we ended up with this new mapping, they also updated the doc URLs accordingly:

Open source version’s documentation is never versioned as I know, and has always been pointing to the head of development tree hence always “latest” in the URL. OpenShift Origin Latest, be careful about this one because this points to latest branch in their repo (currently unreleased 1.5). Also don't expect it to be fully up-to-date for the upcoming release.

Similar to documentation when referring to source code and ansible scripts to maintain cluster always stick to the branches for your version:

The open source and enterprise documentation “domains” are as well different, it's important to get familiar with the URL templates they use if you want to start with open source version:

If you wan't to manage the cluster components from your laptop, you “have to” use the same oc client with your OpenShift cluster version. So this is must: “oc.client.version == openshift.cluster.version”, you can check both versions with oc version command.

E.g. If you use a more recent version of “oc” than your cluster, and want to install a new router, it'll likely fail. This is mostly because the “oc” cli has the logic for how to deploy a router, “oc” tool creates some Kubernetes resources in the cluster but if the cli tool does not match the cluster version, it's likely that the resources generated by newer cli version won't match the configuration of a recent OpenShift version's requirements.

If you used oc cluster up it will up a cluster with the same version with your “oc” client, so if you have old “oc” version, you'll likely get an old OpenShift cluster.